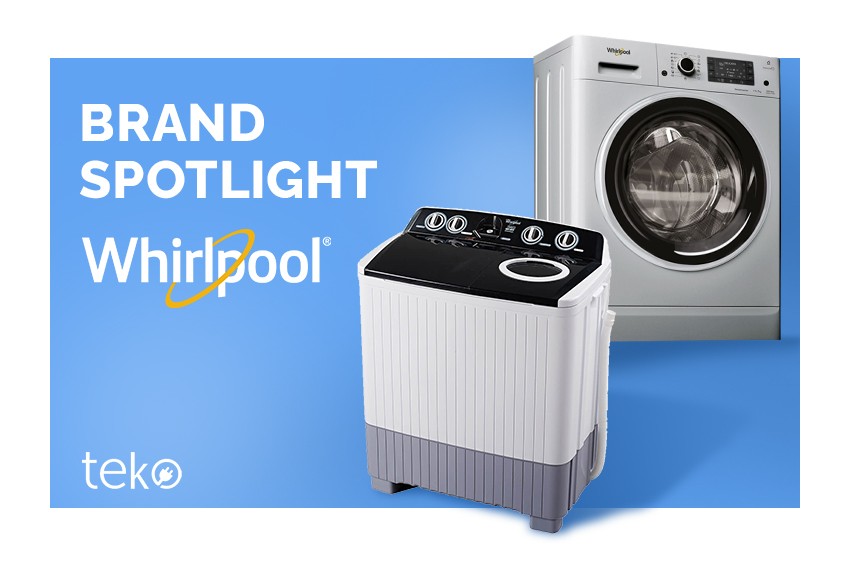 Only know Whirlpool as a washing machine brand? This American multinational home appliance manufacturer and marketer does more than that! We’re Teko.ph, the largest aircon and appliance services provider in the Philippines, and we’re here to let you know more about  Whirlpool, a well-known American brand that makes refrigerators, freezers, washing machines, microwave ovens, and other kitchen appliances.

The company started as the Upton Machine Company, formed on November 11, 1911, by Louis Upton, an insurance salesman, and his uncle.  After a failed business endeavor, Lou obtained a patent for a manual clothes washer.  He went to Emory to see if he could include an electric motor in the design.  They started making electric motor-driven wringer washers with the help of a $5,000 investment from retailing magnate Lowell Bassford.

The Federal Electric subsidiary of Commonwealth Edison, its first customer, bought 100 machines, but due to a gear transmission problem, the customer threatened to return them.  Federal Electric quadrupled the order when the devices were recalled and fixed.  They were a customer for three years before starting to manufacture their own washers.  After losing Federal Electric, Upton had to diversify until they landed Sears, Roebuck & Co. as a customer in 1916.  Under the “Allen” brand, Sears began offering two versions of Upton wringer washers.

In 1929, Upton merged with the Nineteen Hundred Washer Company of Binghamton, New York, and took the name Nineteen Hundred Corporation as a result of the increased number of sales.  In 1947, it created the “Kenmore” brand of automated spinner washers, which were offered by Sears.  The business sold it under the “Whirlpool” brand name a year later.

Today, the Fortune 500 firm is headquartered in Benton Charter Township, Michigan, and has over $21 billion in yearly revenue, 78,000 workers, and more than 70 industrial and technological development facilities across the world.

In the Philippines, Whirlpool has been exclusively distributed by EXATECH as one of the more upscale brands under its operations since 1992.

Whirlpool is embraced by Filipinos as a reliable brand for washing machines. Almost every type of washer conceivable is offered by this brand.

This brand has a wide range of laundry appliances, including top-load and front-load washing machines and electric and gas dryers. Their features can be as simple as easy controls that need only turning a knob and pressing a button or as sophisticated as a smart machine that can be managed through a dedicated smartphone app.

Whirlpool’s front- and top-load washing machines are offered in several capacities, ranging from 53-liter models to large-capacity devices that can wash king-sized comforters. Stackable and side-by-side machines are also available in a wide range of configurations. Pedestals and risers are likewise offered for front-loading machines to make loading easier.